Hard Rock Stadium in Miami was electric with excitement at the recent college football game. But all the action wasn’t out on the field… it was in the bleachers! A video of the moment Hurricanes fans saved a distressed cat has gone viral. Alex Marrero talks the heart-warming story and what it says about his Magic City: 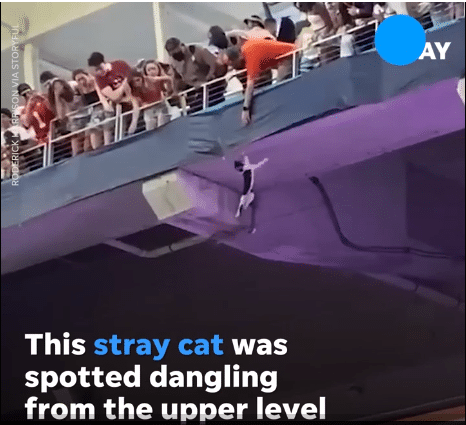 Fans stole the show at the Miami Hurricanes’ most recent football game.  After noticing a stray cat dangling from the upper deck of Hard Rock Stadium, fans sprung into action to save the feline.  The chaotic moment of compassion was even captured on camera in a video that has since gone viral all over the world.

The video may have gone viral for its wow-factor and feel-good heroism.  But as far as Alex Marrero is concerned, this video has a whole lot more to say.  It’s a snapshot of humanity and good nature.  As always, Miamians support Miamians — even when that Magic City resident is a stray cat!